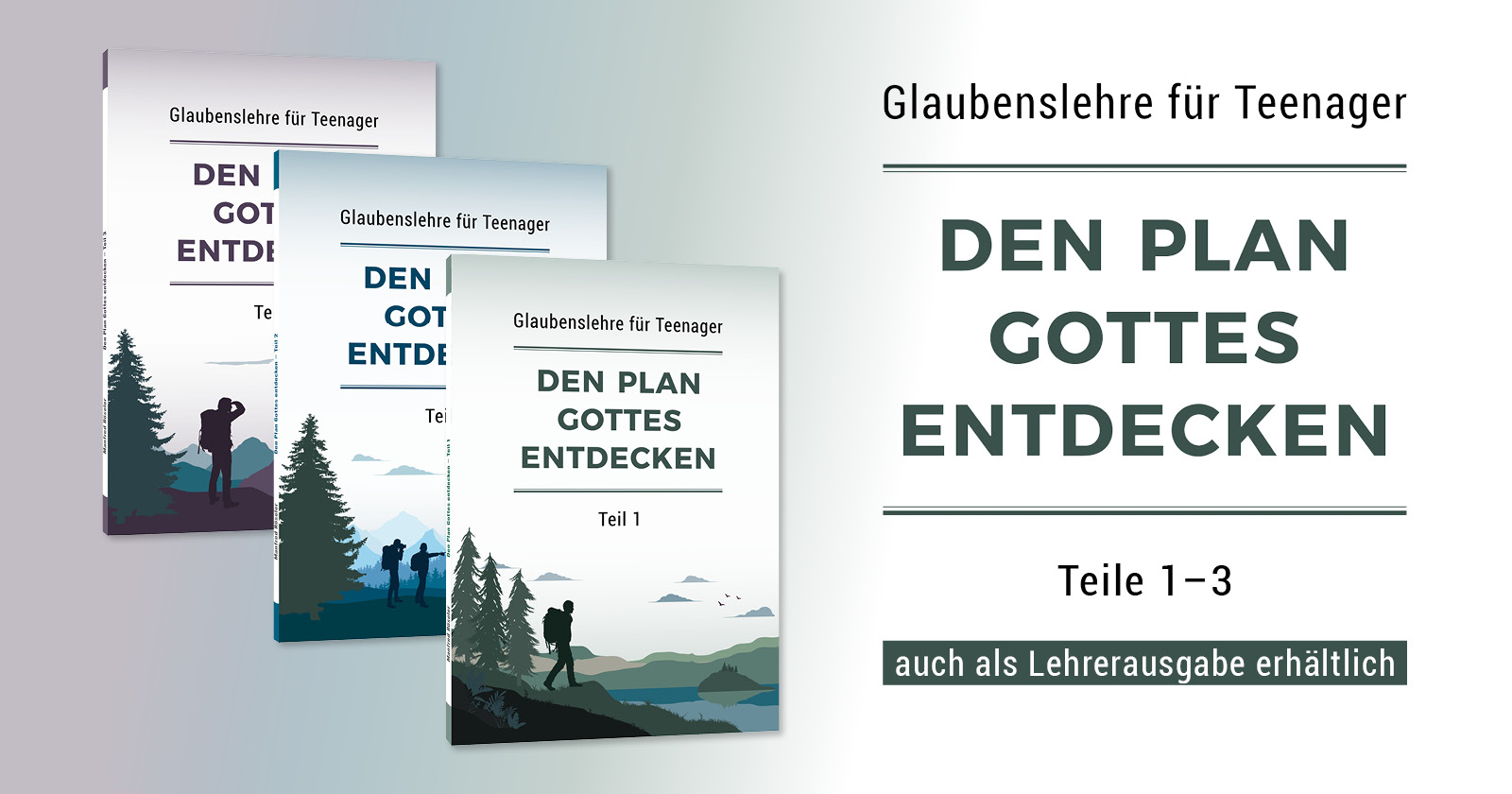 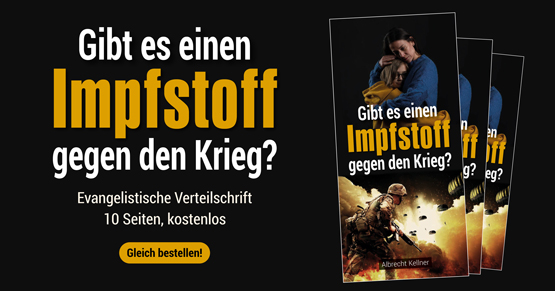 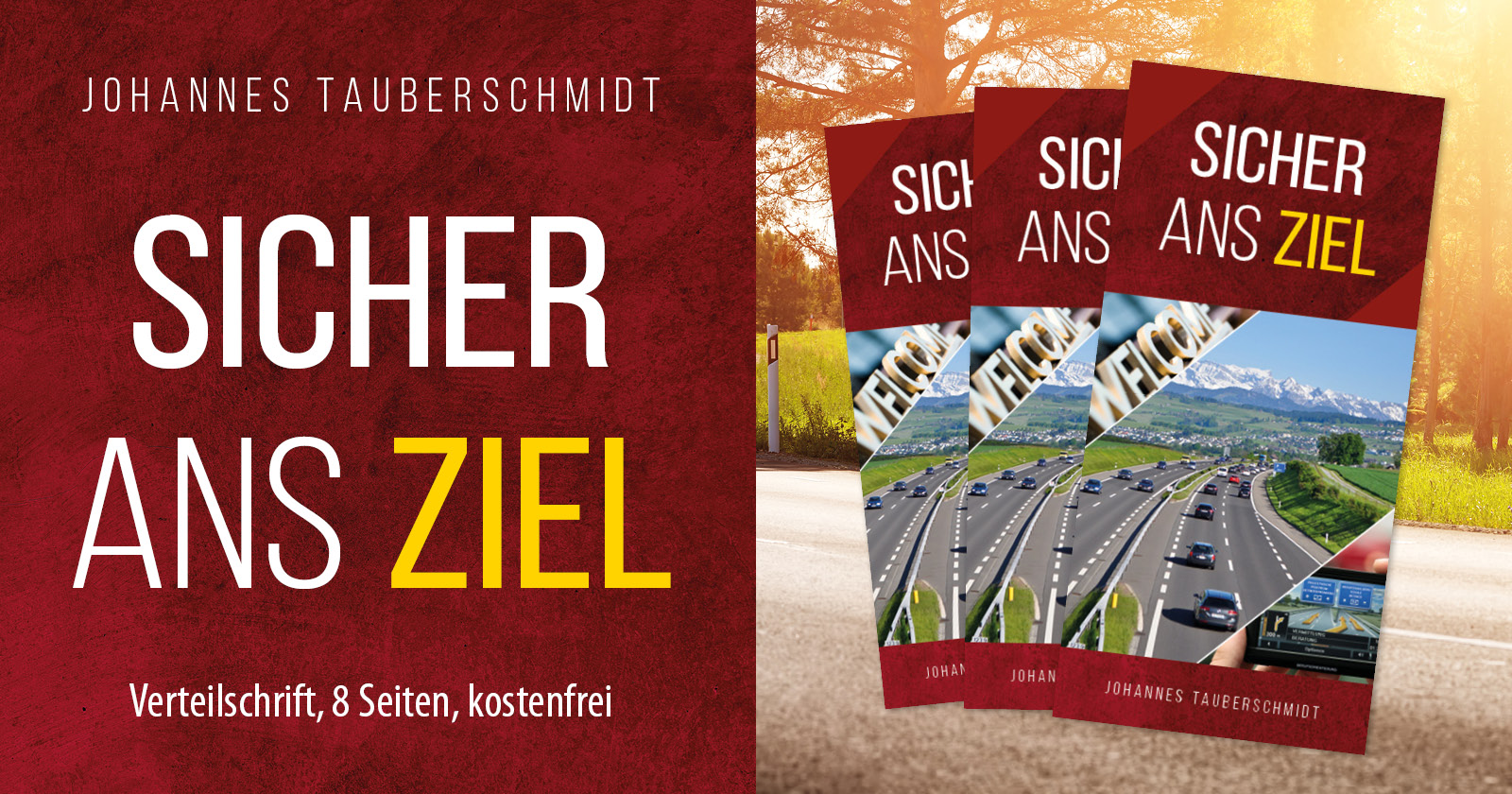 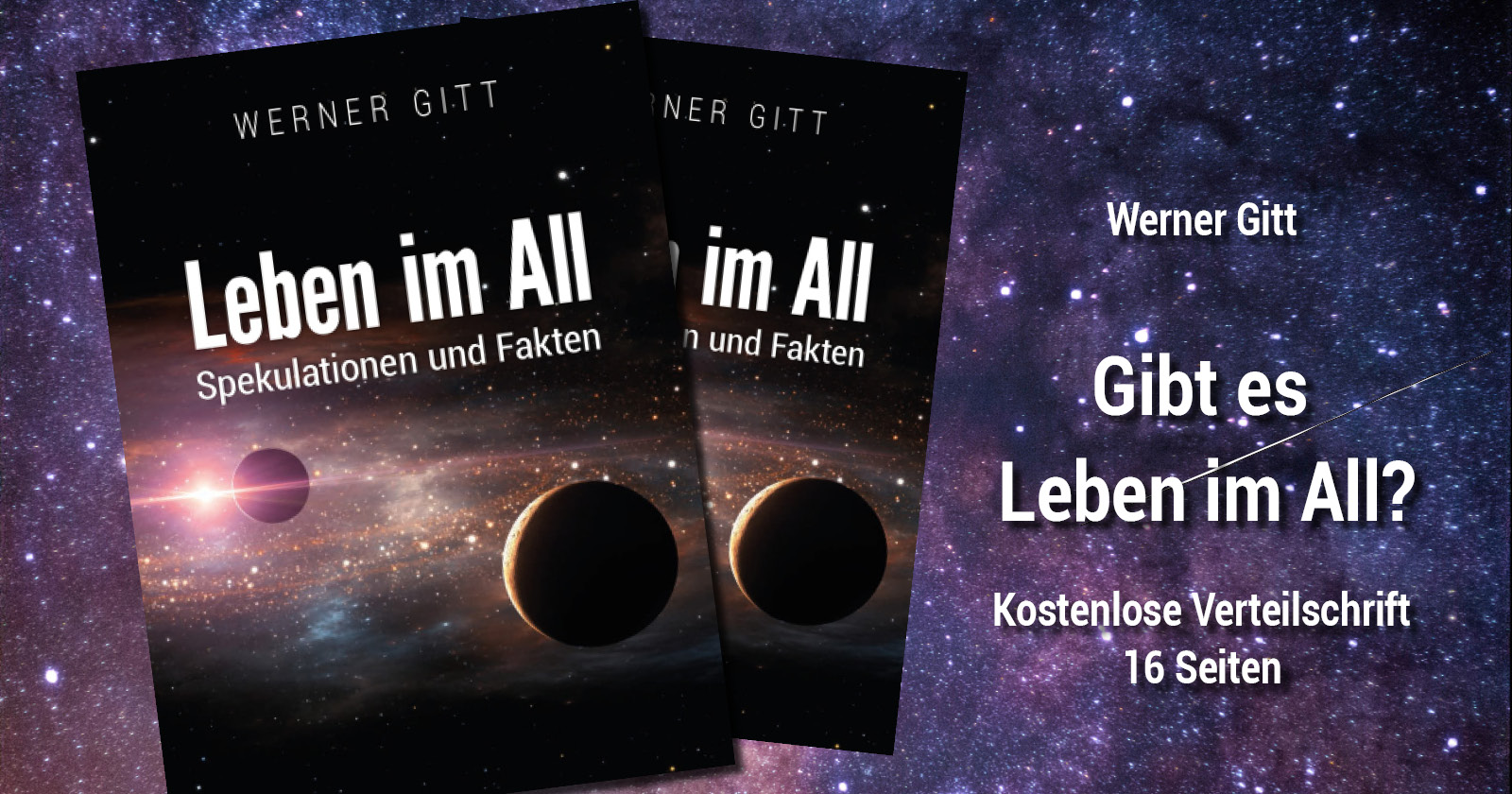 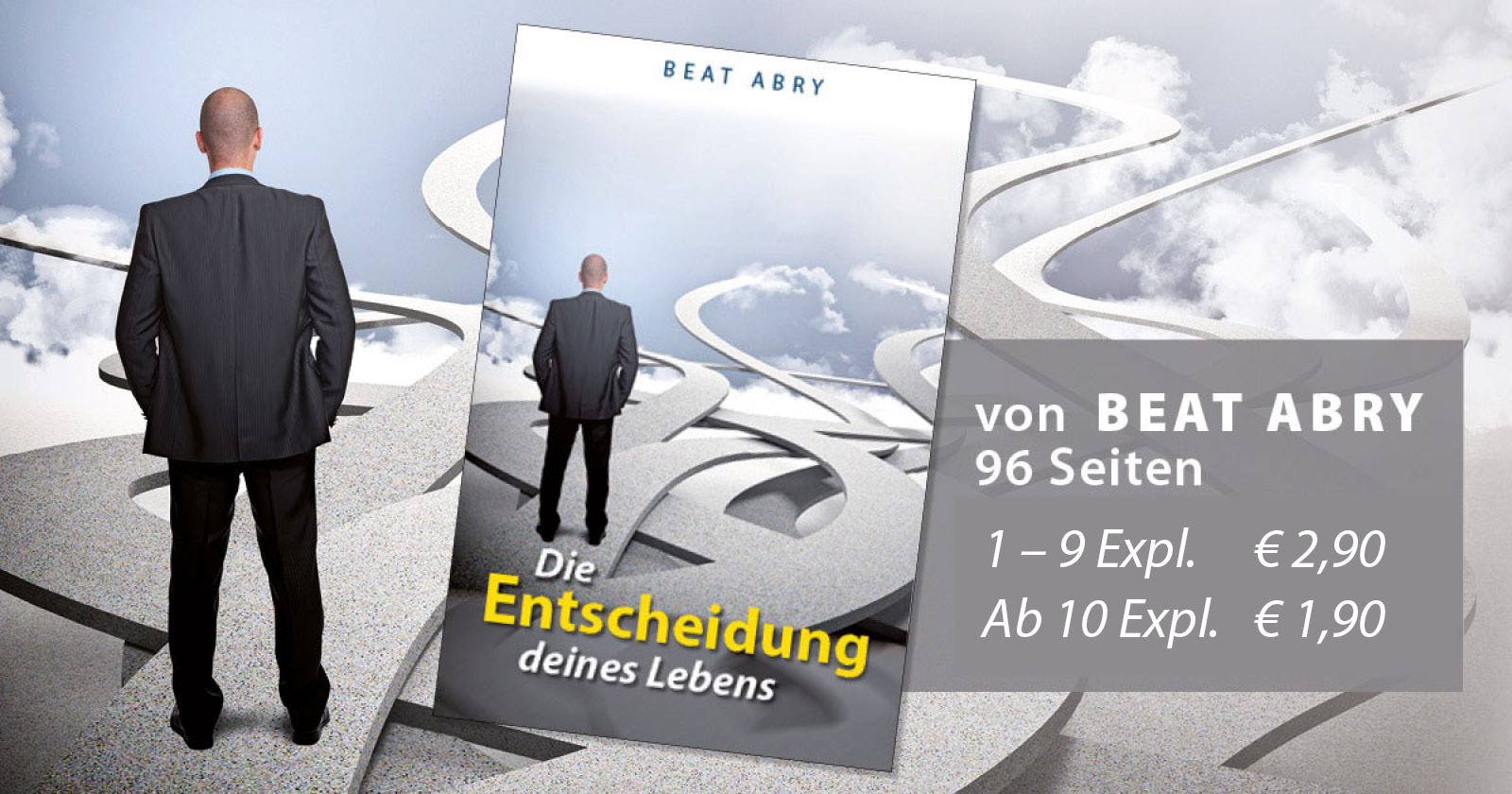 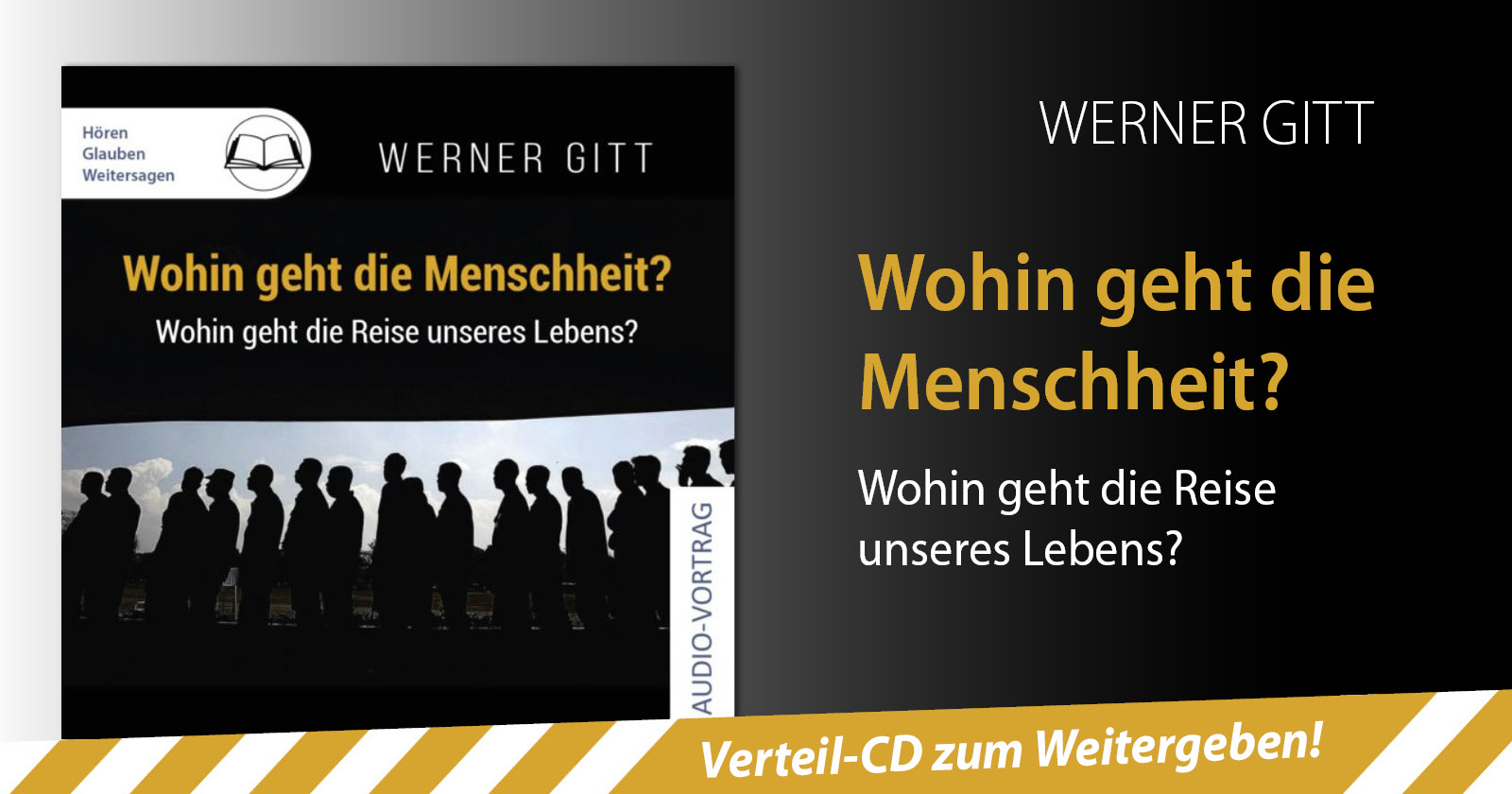 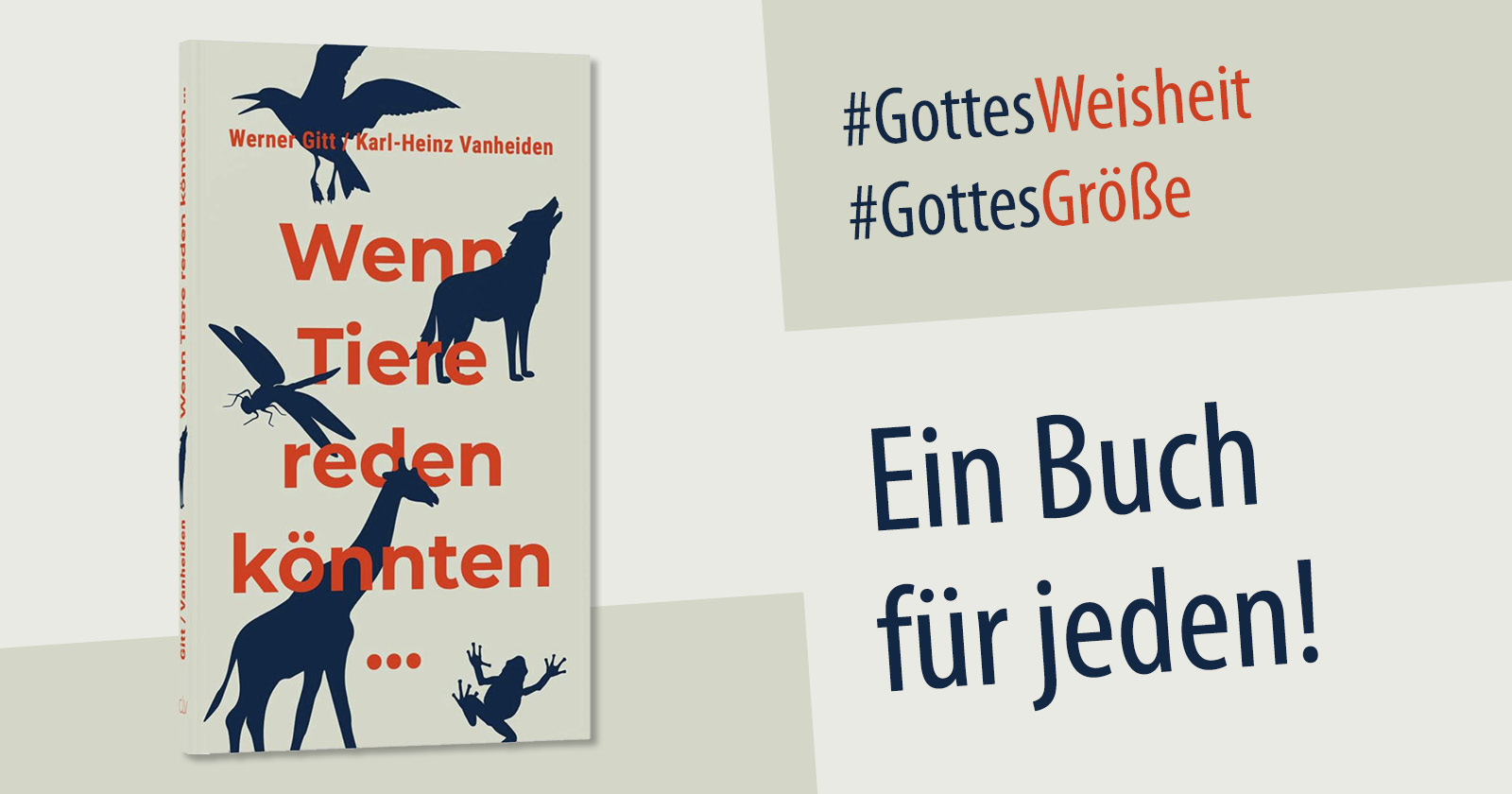 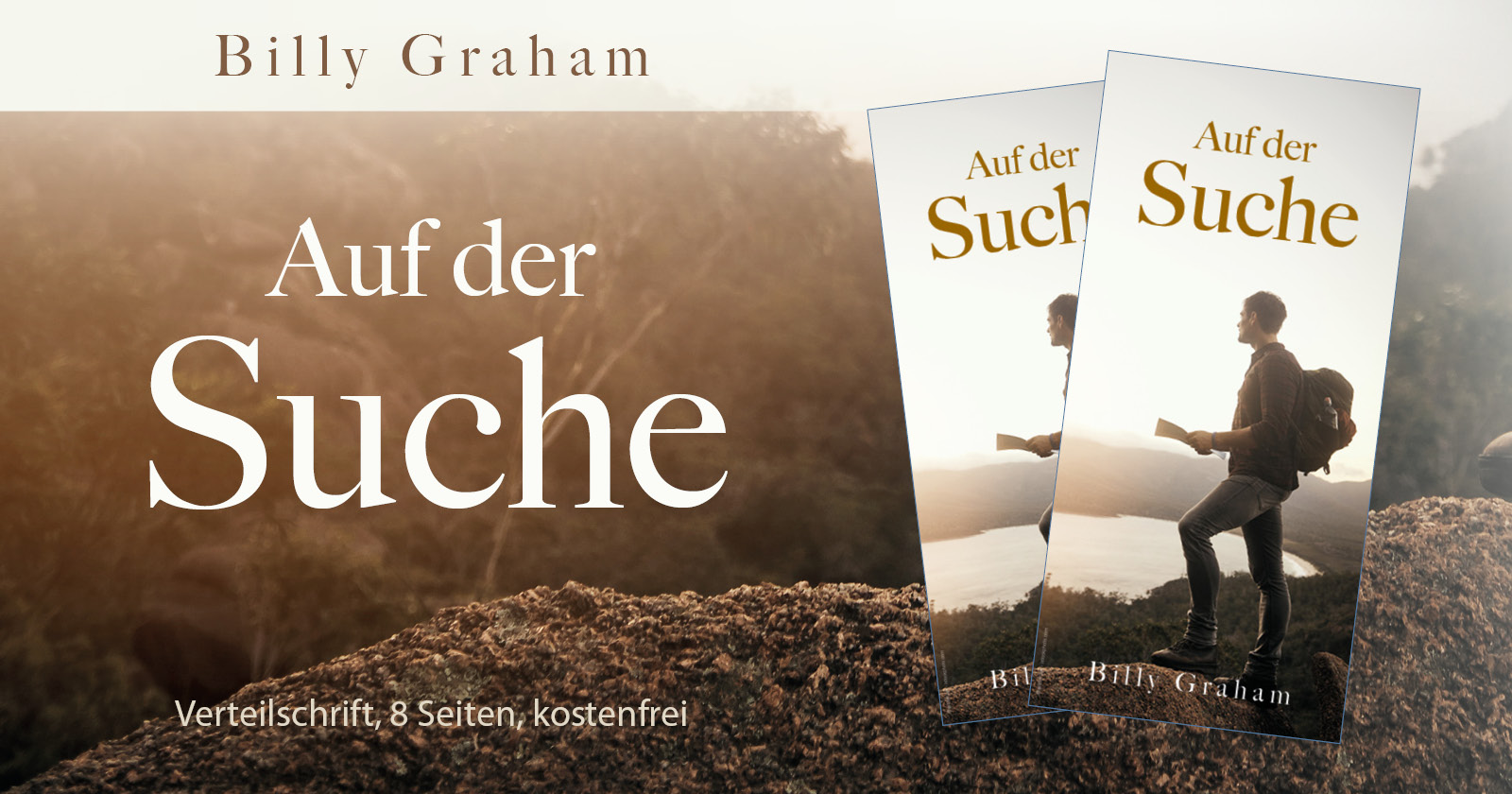 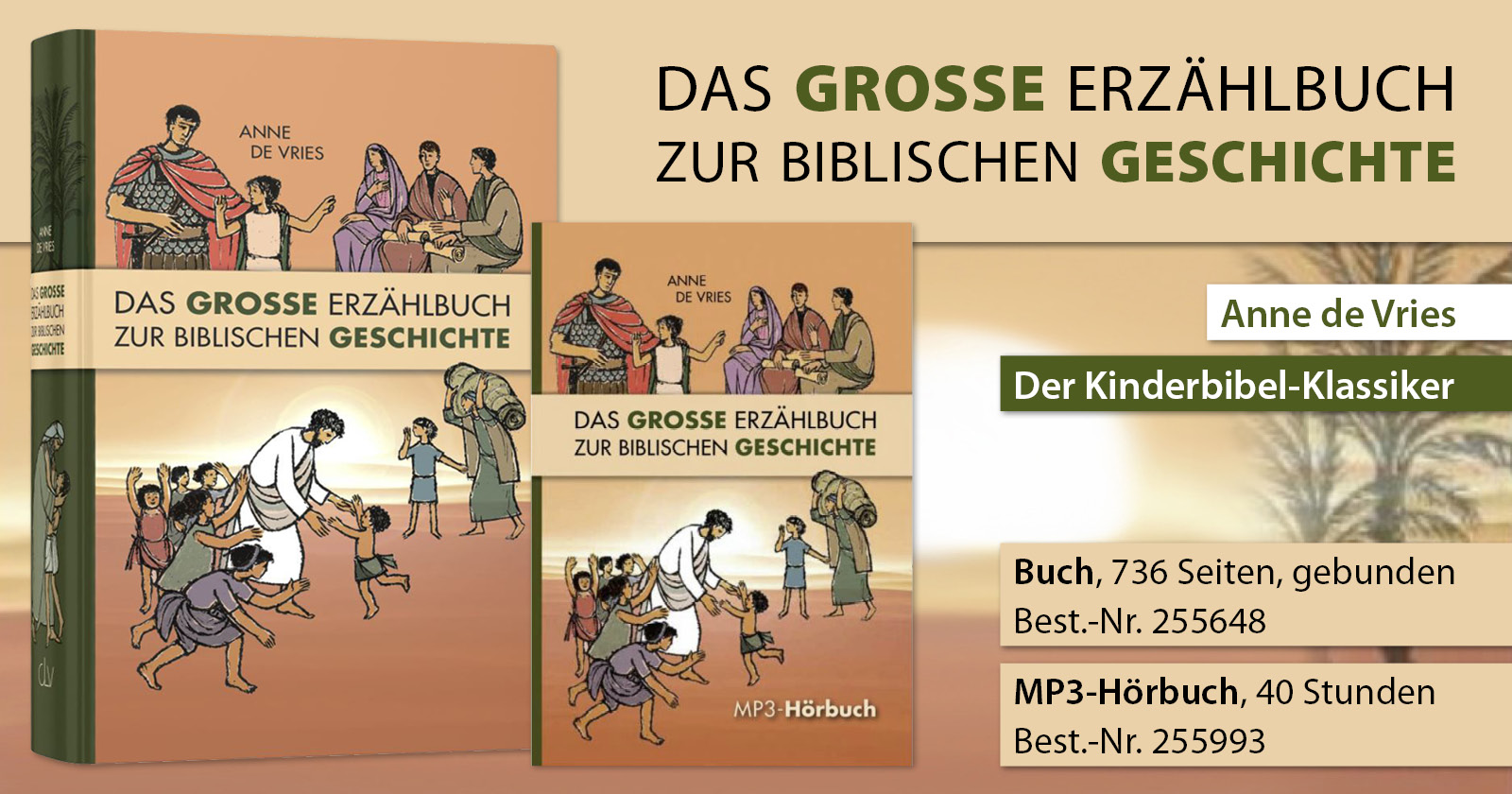 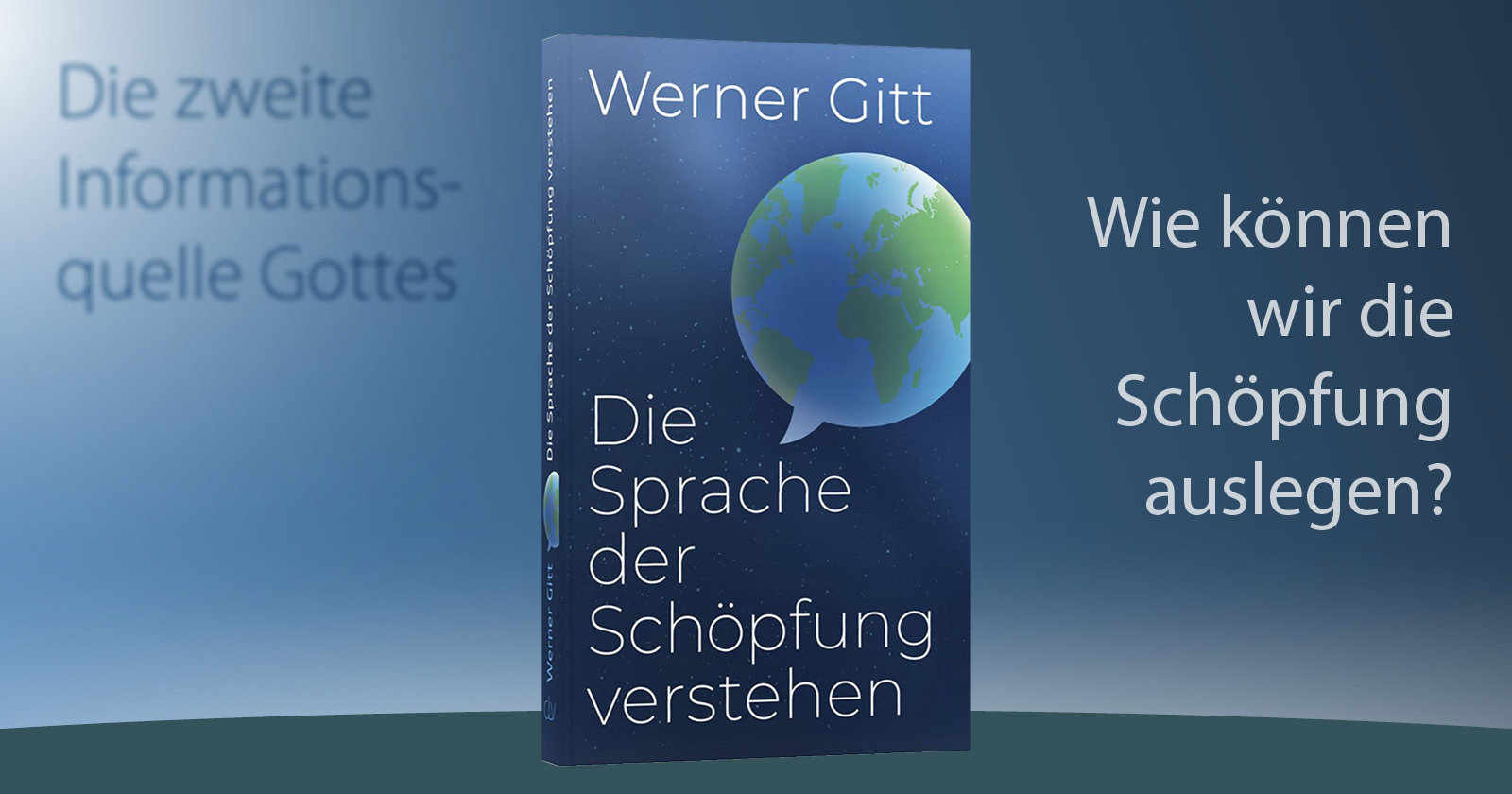 On 31 December, 2008, in a perfectly timed anticipation of 2009’s “year of Darwin”, the German newspaper Die Zeit ran a four-page item devoted to the theme of evolution, with the double spread header, “Thank you, Darwin!” The gratitude was directed at a man born 200 years ago, whose revolutionary book The Origin of Species was published 150 years ago.

The philosopher Immanuel Kant (1724–1804) proudly declared, “Give me matter, and I will build a world out of it!” The French mathematician and astronomer Laplace (1749–1827) wrote extensively on the universe and its origins. Asked by Napoleon why he made no mention of its Creator, he famously responded, “I had no need of that hypothesis”. These and other pioneers of scientific atheism searched for an explanation of life’s origins in which God is no longer required. Seemingly coming to their rescue was Darwin, who provided a way to imagine how living things arose by “natural processes” alone.

While Darwin himself may have regarded the implications of his message with some trepidation, today’s ever more godless world adulates its patron saint in an endless parade of journalistic jubilation.

Until Darwin’s voyage to the Galápagos islands (1835), the teaching of the Greek philosopher Aristotle—that species were fixed and could not change—held sway. From the varying beak forms of the finches living there, Darwin correctly concluded that species could change and adapt. However, his further conclusion, that all species could be traced back to a single common ancestor, is not scientifically sustainable. Even Darwin was aware of a great weakness in his theory—that there were next to no fossils that could be claimed as transitional forms, when there should have been vast numbers. Nonetheless, after Darwin, mankind lost its special status of being created in God’s image, becoming instead a mere upstart of the animal kingdom.

Today, mutation, selection, isolation, long time periods, chance and necessity, and of course death are nominated as factors that drive evolution. Though all are real enough, none can generate new creative information.

Let’s look at a few examples in living things to see if such purposeless factors could have brought the following systems into being.

According to evolutionary teaching, the “invention” of sex was a crucial necessity for the development of higher organisms. Through repeatedly new combinations of genes, many varieties emerge, from which the selection process ensures that those best adapted to their environment are more likely to survive and propagate. But this process is ruled out as an explanation for the desired upwards trend in evolutionary complexity, for two reasons:

1. Sexual reproduction itself could never have arisen via an evolutionary process. It would only be possible if both sexes already possessed functionally complete reproductive organs. But evolution, by definition, permits no goal-oriented strategy or plan. How can such organs develop by such a gradual process over thousands of generations, when the organisms cannot reproduce sexually without them? And if the gradual action of selection is ruled out in favour of some rapid, chance process, how could such complex structures, so different yet so suited to each other down to the last detail, arise at more or less the same time and same place in separate organisms?

2. Even if we assumed that sexual reproduction somehow just miraculously arose, such mixing and recombining of hereditary information would still not be capable of producing any fundamentally new information. Plant and animal breeders have shown through innumerable efforts that highly bred cows still remain cows, and wheat never gives rise to sunflowers. So-called microevolution, better called variation within a kind, is easily seen, but we never see one kind of creature give rise to a quite different kind, as macroevolution would have it.

Each mm³ (= 1 μl = 1 microlitre) of our blood contains 5 million red blood cells; so there are 150 million of them in each drop of blood. These highly specialized submarines have no life-threatening torpedoes on board; instead they perform functions vital to life.

Hemoglobin is used for transporting oxygen even during development of the embryo. Up to about the third month of pregnancy, its oxygen needs are distinctly different from those in the ensuing fetal stage, which are different again from the needs of the infant and adult. All three stages—embryo, fetus and adult—require the production of a chemically different form of hemoglobin. Shortly before birth, for example, the body’s factories start switching to top production mode of the third (adult) type of hemoglobin. These three types of hemoglobin could not have arisen by evolutionary processes of trial and error, because most other varieties of the chemical cannot carry enough oxygen, and would thus be deadly. Even if the right form of hemoglobin were to somehow arise to supply two of the stages, without the genetic coding to produce the third form also being present, the outcome would still be certain death. Each of these three stages of our development requires fundamentally different biomachinery to produce each of the different molecules. Further, each set of different machinery must be switched on and off at the right point in time.

Where did such complex machinery come from? All conceivable evolutionary explanations fail miserably, because any partially completed transitional stage as evolution requires would not permit the organism to survive. The whole complex machinery is needed from the start.

This concept of “irreducible complexity” also applies to the immune system, and to the flagellum that many bacteria use to propel themselves. In each case, the organisms “on the way” to their completed state would not have been able to survive. A more obvious explanation is that this machinery was initially complete, something only possible if a wise Creator conceived and made everything fully functional in the beginning.

The flight of the golden plover

The golden plover is a beautiful bird. Every one of these creatures emerges from an egg in Alaska. But the winter there is bitterly cold, so the birds relocate to Hawaii, 4,500 km (2,800 miles) away. This massive distance requires a non-stop flight, because these birds cannot swim, and there are no islands on the way for them to rest. For this epic journey, the golden plover needs a full tank of fuel, in the form of 70 grams (2.25 oz.) of fat acquired through deliberate over-eating. 6.8 grams (0.22 oz.) of this has been calculated to take into account the possibility of headwinds. Flying uninterrupted day and night for three and a half days, the bird would not survive to reach its destination without this precisely calculated level of fat. It also needs a remarkably accurate navigation system to find the Hawaiian Islands, or face certain death—if it is off course, there are no nearby landing spots when the fuel runs out.

Here, too, mutation and selection are seen to be inadequate. It is more plausible to propose that the golden plover was created with this capacity.

Is evolution a workable paradigm?

In addition to the above brief glance at the realm of living things, one can point to many other examples of high-level goal-oriented systems.

Unfinished organs, yet to be developed, would be useless. Those wanting to think along Darwinian lines need to be reminded that evolution knows of no direction towards an ultimate goal or target in the form of a finished product. The German evolutionary biologist Günther Osche (1926-2009) rightly stated: “Of course, unlike a business enterprise, organisms undergoing certain phases of evolution cannot be temporarily shut down while being rebuilt.” Each intermediate “stage” must be capable of surviving in its own right.

The intelligence and wisdom expressed in the works of creation is nothing short of overwhelming. The conclusion that there was an original Creator is more than just obvious. It also fits with what the Bible states in its first verse already: “In the beginning, God created”!

Influenced by Darwinism, liberal/higher-critical theology, which dismisses the idea that the creation account is an accurate revelation from God, has flourished. But we would do well to “believe everything… that is written” (Acts 24:14), for “God is not a man, that He should lie” (Num. 23:19).

Where does information come from?

The strongest arguments in science are always those in which scientific laws can be invoked to preclude the possibility of a proposed process or event. Scientific laws know of no exceptions. This is why a perpetual motion machine, one that runs continually with no external input of energy, is impossible.

Today, we know what Darwin could not know—that the cells of all living things contain an unimaginable amount of information, which they also happen to store in the most compact form so far known to us. The development of all organs is information-directed, and all processes and functions in living things are information-controlled, including the manufacture of all the substances that make up our body (for example, more than 50,000 different proteins). The whole concept of evolution would only be feasible if there were some property in matter that permitted information to arise through chance processes. This is absolutely essential, because all the body plans of individuals, and all the complex processes in cells, are information-based.

Information is a nonmaterial entity, thus not a property of matter. The scientific laws about information state that matter can never generate such a nonmaterial entity. Further, that information can only arise from an originator with intelligence and will. We can see, then, that someone who thinks evolution is possible must believe in a “perpetual motion machine of information”, i.e. in something strictly forbidden by the universally applicable scientific laws. This is the Achilles’ heel of Darwinism; at this point, evolution requires science itself to be abandoned. This is all explained in detail in my book “In the Beginning was Information” (available from creation.com/store).

Where did life come from?

All the evolutionary bluster of our day has never really answered this question. Evolutionists have not the faintest notion of how dead matter could have given rise to life.

Stanley Miller (1930–2007), whose 1953 “primordial soup” experiment features in every biology textbook, admitted 40 years later that none of the contemporary hypotheses about the origin of life were convincing. He described them collectively as “nonsense” and “paper chemistry”. The microbiologist Louis Pasteur (1822–1895) scientifically established at the microbial level what we now call the biogenetic law: “Life can only come from life.”

There was only one who could say, “I am the life” (John 14:6), and that was Jesus. Of him it says in Colossians 1:16: “For by him all things were created: things in heaven and on earth, visible and invisible” and further in John 1:3: “Through him [the Word = Jesus] all things were made; without him nothing was made that has been made.” Every theory of origins that does not have Jesus as the source and foundation of life and the universe is thus a stillborn notion, one that must inevitably founder on the rock that is Jesus.

Evolution is therefore one of the greatest errors in the history of the world, and it has drawn millions of people into the abyss of unbelief. Unfortunately, many today do not take into account that this abyss of unbelief is followed, after death, by the abyss of eternal lostness (hell). A real tragedy of today’s world is that journalists do not pay widespread homage to the real originator of everything, proclaiming “Thank you, Jesus!” instead of their “Thank you, Darwin!”

Many know nothing of the fact that Jesus Christ has made us a magnificent offer. He said, “I am the door” (John 10:9), and with that he meant the entry into Heaven. If you turn to Him, you will have eternal life.